Traditional hotel IANTHE (Neoklasiko buildihg) is located in VESSA, one of the Medieval villages of Chios, in the centre of island, in distance 19 km of city Chios. The village took his name probably from the Homirian name [bissa]=[valey] and continuity [Vessa]. Vessa is a castle – village from 1450, with narrow, cobbled streets and intact medieval architecture.

VESSA delimits the region of MASTICHOCHORIA, that is constituted by nine [9] villages: Elata, Lithi, Mesta, Olympi, Pyrgi, Armolia, Kalamoti, Patrika. Their common traits are their particular building web and the cultivation of the famous mastic tree, which grows only in this region of CHIOS. In small distance from the settlement are found the archaeological spaces, ANABATOS and NEW MONI, with the exceptional Byzantine mosaics of 12th century, an UNESCO wold heritage sit.
In small distance from VESSA meets particular beaches, as the TIGANI – AGIA IRINI and DIDIMA westwards, and KOMI - EMPORIOS - BLACK VOLIA in the south

Traditional Hotel IANTHE (Neoklasiko building) is located in the north- part of the Traditional settlement VESSA, and is most easily approachable by car.
It is a two storey building, Particular Architecture – stone built with roof tile coating. It was built after 1860, when the settlement of Vessa was extended. It is characterized as a Traditional Building. It was refurbished in 2007 and turned as a Traditional Hotel.
The Hotel consists of two floors and a loft.
The ground floor is comprised of a Reception, livingroom, dining room, kitcken , two W.C. and one double twin room.
The first floor is comprised of three (3) suite rooms.
The rooms have particular W.C, TV- mini bar – Internet and air-condition.
There is an Underground storage area, below its yard, in condact with the building.There is also an underground water tank.
In the big courtyard – garden there is a seating area with fruit trees and several other trees.

Page views divided according to country of origin 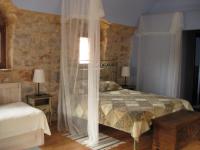 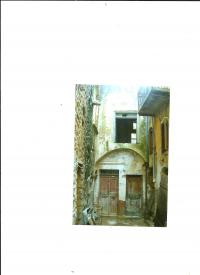 764,855.00USD
For sale
Villa
Greece, Khios, Kampos, kampos
Why choose Realigro?
There are many reasons for choosing Realigro. We summarized them in this beautiful infographic
Free
and Premium Services Check out how easy it is to sell or find your home with our Free and Premium services
Professional Services Discover how to increase your business opportunities
Collaboration between Property portals Do you have a property portal with a nationwide focus? Publish your database on Realigro.
2005-2021 REALIGRO REAL ESTATE LTD. All Rights Reserved - VAT Nr: 893969932
Neikos Digital Agency
BB